The Fake News media is covering up Governor Bullock’s flip-flop on the Keystone XL Pipeline yet again, claiming that he supports this project. FromBloomberg this morning:

What they fail to mention – however – is that Governor Bullock OPPOSED the Keystone XL Pipeline when he ran for President, saying he’s ‘not comfortable’ with Keystone XL and ‘a lot’ would need to be done before he would support it. Watch the clip below: 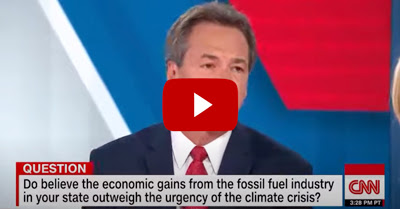 When Bullock was running for President, he clearly didn’t mind opposing a project that would have created hundreds of Montana jobs – but now that he’s back home running for U.S. Senate, he’s walking back these comments.

The bottom line: Governor Bullock will say anything to deceive Montanans and win this race, but unfortunately for him, he can’t outrun his liberal record. Bullock is too liberal for Montana.