Helena, MT – Montana Republican Party Chairman Don “K” Kaltschmidt released the following statement regarding developments with the Montana Judiciary, and the effort to gain internal information to ensure our Supreme Court and District Court Justices are not engaged in improper behavior for the Judicial Branch.

“The Montana Republican Party believes a judiciary must be impartial and uphold the rule of law, and that our judges be loyal to the Constitution above all else,” said Chairman Don “K” Kaltschmidt. “As one of our Platform Principles is to limit ‘the ability of the Montana Supreme Court to abuse its power to protect themselves,’ there is grave concern that improper judgment and behavior within our High Court goes against the principles of our Party and threatens the public’s confidence in our judicial system. The Montana Supreme Court appears to be working to protect the questionable decisions that members of the judiciary took in prejudging legislative actions, and Montanans deserve a thorough investigation from the legislature to ensure there is accountability.

Recent media reports shine light on a separation of powers dispute in Helena between our Judicial, Executive, and Legislative branches. The story began with Senate Bill 140 that grants the Governor the ability to directly appoint judges to fill judicial vacancies. Following the Governor’s signature, an immediate lawsuit to challenge the law was filed with the Montana Supreme Court in less than 24 hours, though the issue has seen several developments since its passage in March.

As the case proceeded, concerns over judicial impartiality emerged after it was revealed that members of the State’s Judiciary took positions on the legislation by participating in a poll that was conducted via email earlier this year. While Chief Justice McGrath recused himself from the case following a meeting with Governor Gianforte in which he urged him to not support the legislation, the Justice appointed to fill McGrath’s vacancy also recused himself as he was revealed to be one of the judges who participated in the email poll.

Following concerns that justices may have taken a position on the recently passed legislation, the Montana Legislature issued a subpoena to the Department of Administration for the Montana Supreme Court Administrator’s email records as it was revealed the emailed results of the poll had since been deleted. Legislative Leadership’s attempt to obtain the poll’s results was done in an effort to ensure no members on the Court had previously taken a position on the issue before the court heard the case.

In a rare move, the Montana Supreme Court issued a Sunday order denying the subpoena for the Montana Supreme Court Administrator’s emails though some of the requested documents were already obtained and published online. In those published documents, members of the Judiciary clearly divulge personal positions on bills before the legislature, including coming up with strategies to oppose and defeat some of them, further complicating the conversation regarding judicial impartiality should any of those issues come before the court. Now, the Montana Legislature, who formed a Select Committee, is moving forward in its effort to acquire the emails in question despite efforts from the Montana Supreme Court Administrator to keep emails from the public. 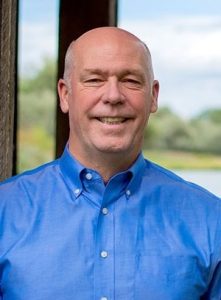