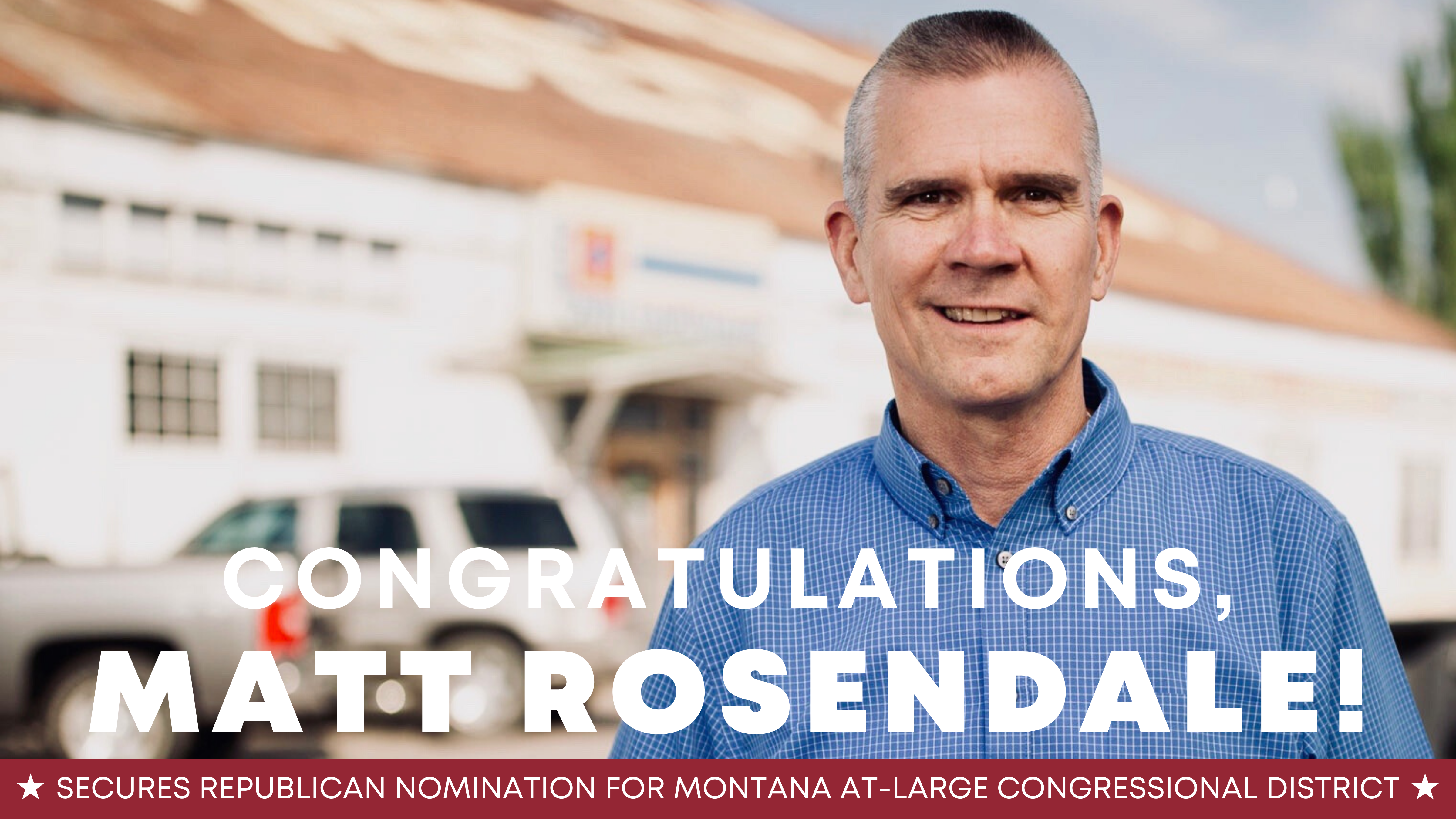 “Matt Rosendale is a proven business leader and as State Auditor has proven his effectiveness at cutting spending, working to increase Montanans’ access to healthcare while lowering health insurance premiums, and tirelessly fighting against burdensome government regulations facing Montana businesses. We can count on Matt to deliver us the same results in Congress, all while standing up for our Montana values and working with President Trump to Keep America Great.”

“In sharp contrast, Rosendale’s opponent – California-born, Berkeley-raised socialist Kathleen Williams – would only cater to her Democrat elite donors and do the radical left’s bidding to try to remove President Trump from Office.

“Matt Rosendale is the voice Montana needs representing us in Congress, and we look forward to keeping this seat in Republican hands this November.”