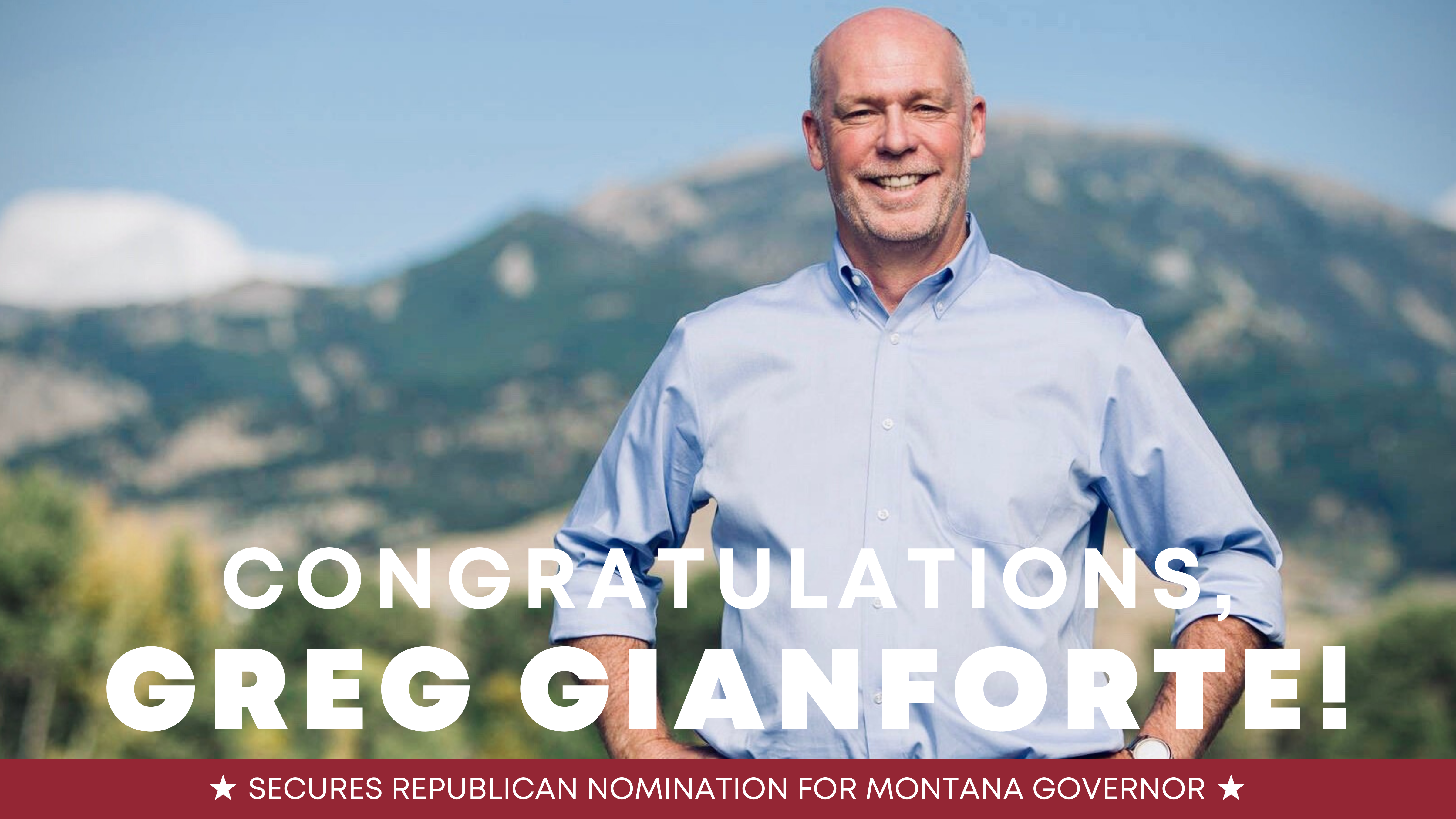 “Greg Gianforte is a proven business leader and job creator, a principled conservative, and the executive that we need in our next governor. As we recover from our state’s virus shutdown, Greg is uniquely qualified to get our economy going again and get Montanans back to work. Following 16 years of tax-and-spend ideology and a growing bureaucracy in Helena, Montanans are excited to bring Greg Gianforte’s leadership and experience to the governor’s office to put our state government back to work for the people.”

“The choice for Montanans this November couldn’t be clearer: a successful businessman and strong conservative in Greg Gianforte, or a career politician and bureaucrat in Mike Cooney who’s been running for office since 1976. He’s spent his life fighting for big government, for higher taxes, and against Montana small businesses and job creators.”

“Greg Gianforte will secure a brighter, stronger future for Montana as our next governor, and we’ll work hard for his victory this November.”