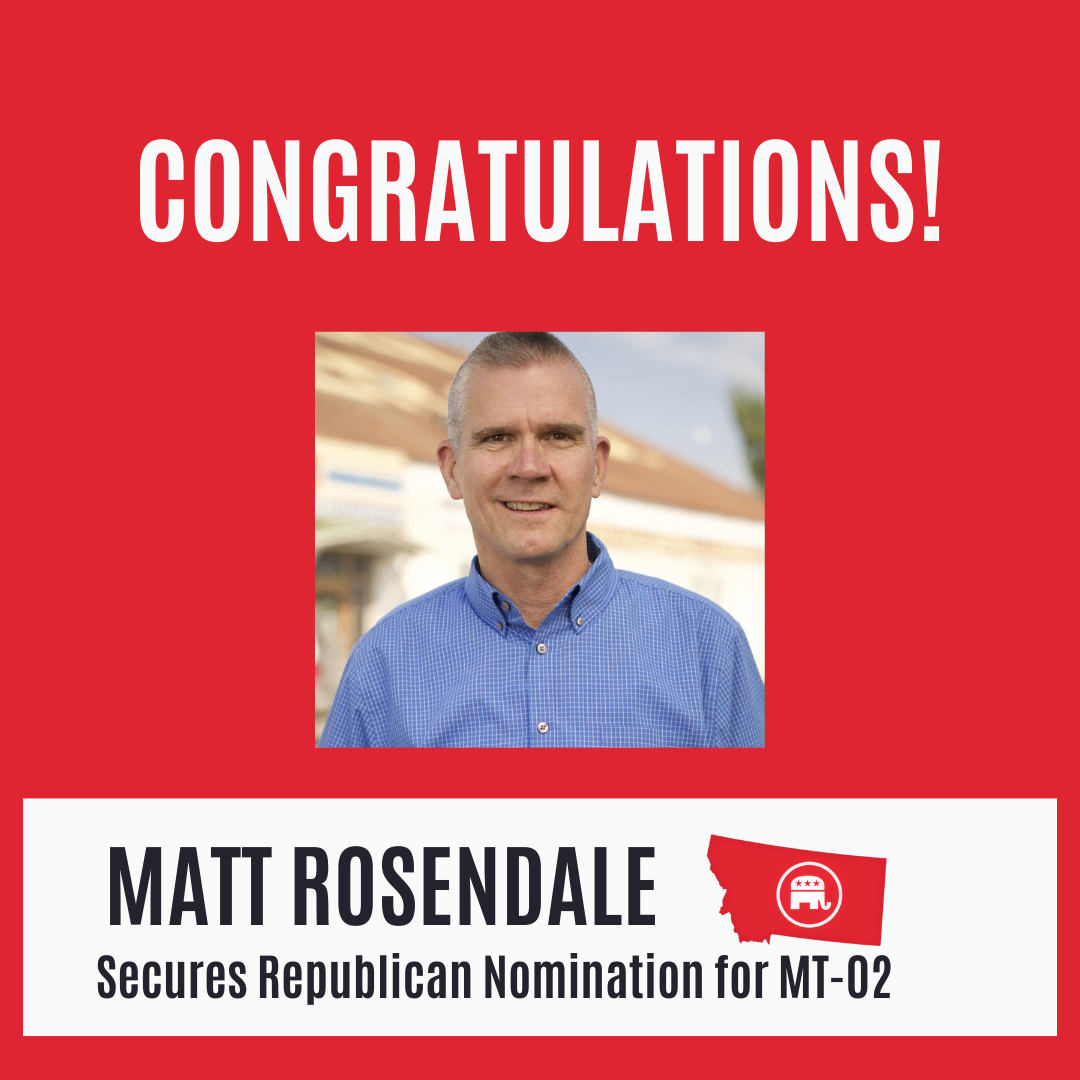 “Congressman Rosendale has always been a great fighter and proven leader for the people of Montana-which is why the Montana Republican Party came out early to endorse his re-election campaign. We are thrilled to see him have a resounding victory tonight and look forward to another sweeping victory for him in November,” said Chairman Kaltschmidt. “Montanans have always been able to count on Matt Rosendale to stand up for their rights, freedoms, and liberties. From working tirelessly to secure our Southern border, to standing up for Montana veterans and protecting our Second Amendment rights-Matt Rosendale has proven to be an effective leader for our state that Montanans can depend on to make the right choices.”

“Rosendale’s track record of saying no to out-of-control government spending, fighting for Made in America energy resources, and putting Montana values first speaks for itself,”continued Kaltschmidt. “Now more than ever, Montana needs strong conservatives in D.C. to stand up to the Biden administration – and since his first day in office, he has shown that he is up to the task. Rosendale has done an excellent job representing Montanans and we look forward to his return to Congress.”