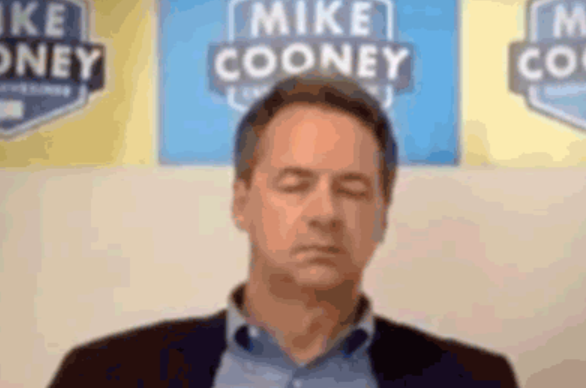 HELENA, Mont. – It’s safe to say that the enthusiasm for career bureaucrat Mike Cooney’s run for governor is low when his own boss, Governor Steve Bullock, is put to sleep at the prospect of a Governor Cooney.

In a video released by the Montana Republican Party today, Bullock is seen struggling to keep his eyes open while Cooney talks about his run for governor.

Cooney, who first ran for office in Montana in 1976, is running to be Montana’s next governor after collecting over $1 million in salary from Montana taxpayers during a career in which he supported over $3 billion in government spending.

“While career politician and lifelong bureaucrat Mike Cooney’s vision fails to inspire his own party after 44 years in public office, Greg Gianforte’s campaign is rooted in optimism of what’s to come,” said MTGOP Communications Director Brooke Stroyke. “As a proven business leader and job creator, Greg is poised to help Montana tap into its full potential – garnering excitement for his campaign that the Montana Democrats envy and are trying desperately to contain.”