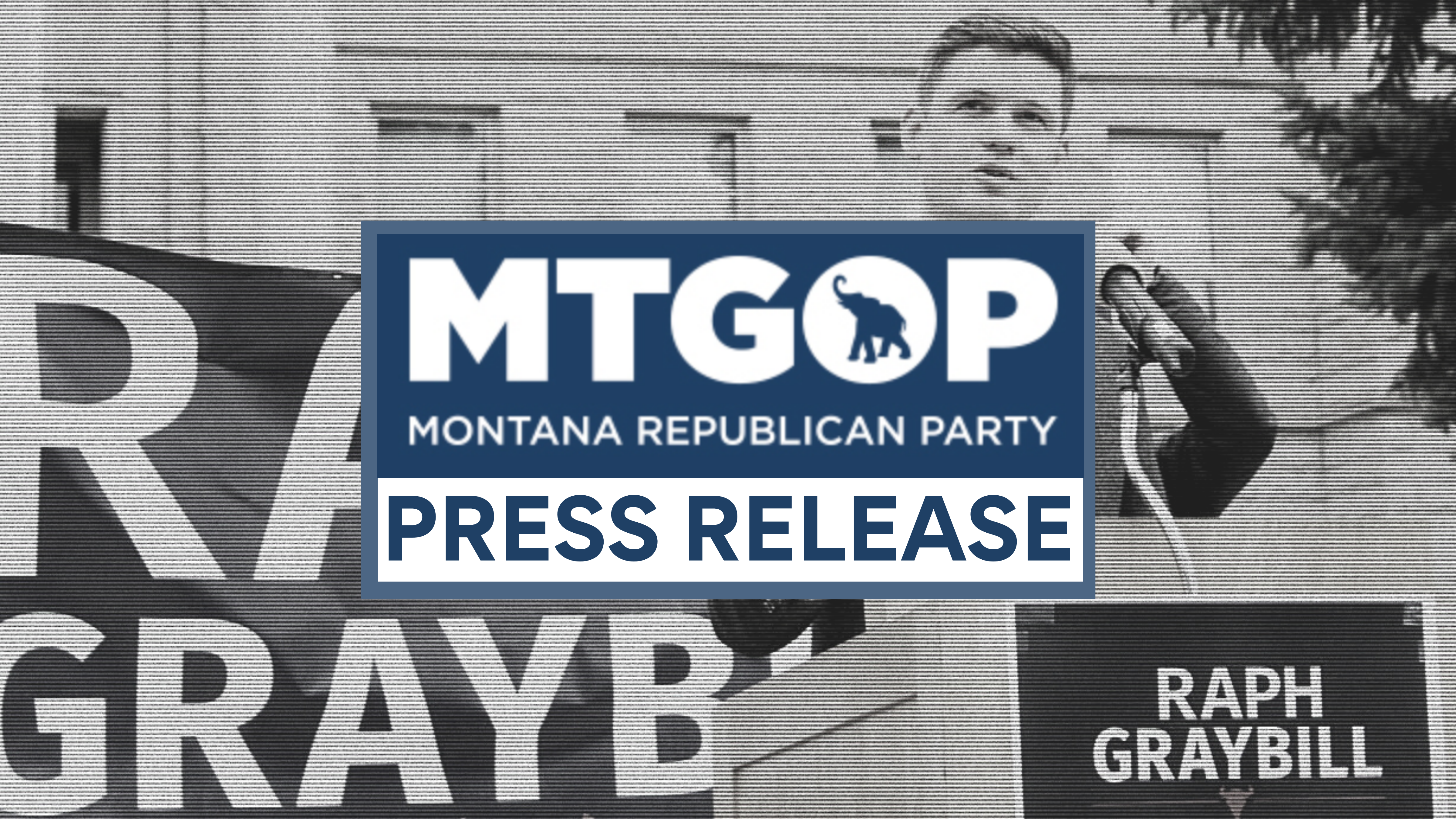 HELENA, Mont. – As the movement to ‘defund the police’ becomes mainstream, and as reports emerge about attacks against Montana’s law enforcement officers and their families, Democratic candidate for Attorney General Raph Graybill continues to remain silent.

The Montana Republican Party released the following statement in response: 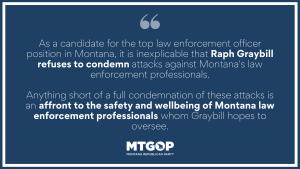 This isn’t the first issue that Graybill has skirted to appease the far-left.

In sharp contrast, Republican candidate for Attorney General Austin Knudsen continues to express his strong support for Montana’s local, state, tribal and federal law enforcement who he works with to protect and serve communities on a daily basis as a County Prosecutor. He has also publicly denounced the ‘defund the police’ movement as foolish.

The question remains – Will Graybill continue to cower in silence to appease liberal special interests at the expense of our law enforcement, or is he just anti-police?