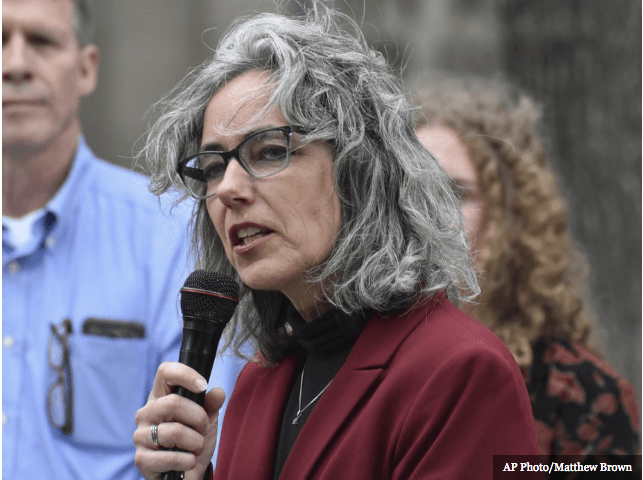 While Williams’ primary opponent has expressly supported removing President Trump from office, she has publicly refused to be honest with Montanans for fear of disappointing her radical liberal donor base.

Much worse, however, is that she will not be honest with the strong majority of Montanans that stand in support of the President.

We have long known Williams is in lockstep with the Socialist Democrats and their desire to remove President Trump from office, but her own words solidify what we’ve known all along: she is too extreme for Montana AND she does not want them to know the truth.

California Kathleen’s support for “getting the articles of impeachment to the Senate,” is not nearly as offensive as her interest in avoiding a  “toxic” issue that would get in the way of her “ability to reach independents or moderate Republicans.”

This political double-speak cements Kathleen Williams as nothing more than a professional politician that does not want voters to know the truth: that she is just another vote in favor of the Radical Left.