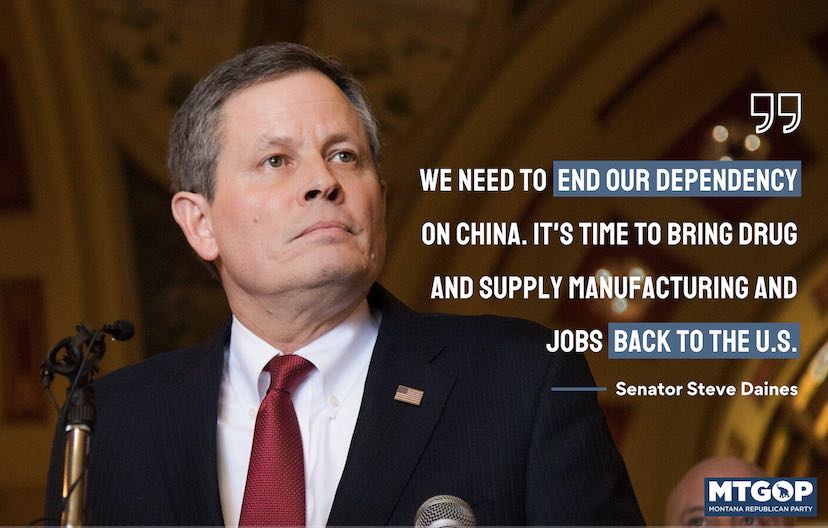 The scale has been tipped in China’s favor for far too long, and Senator Daines is fighting to put America First.

In a letter to President Trump, Daines called on the President to use his authorities to decrease the United States’ dependence on China for “medicine and essential medical equipment” and bring drug and manufacturing jobs back to America. Alarmingly, more than one third of our antibiotics and 70% of our PPE are imported from China.

Daines rightly cited the United States’ reliance on China as a “national security and public health” risk. (If the Coronavirus pandemic is any indication, China cannot be relied upon when it comes to matters of public health.)

The Senator has also been one of Congress’ loudest voices in holding China accountable for their cover-up of the virus, which has had a consequential effect on the health and economic well-being of Montanans. Last week, Senator Daines sent a request to the State Department to investigate China’s role in COVID-19.

Thank you, Senator, for always fighting for Montana and putting America First!