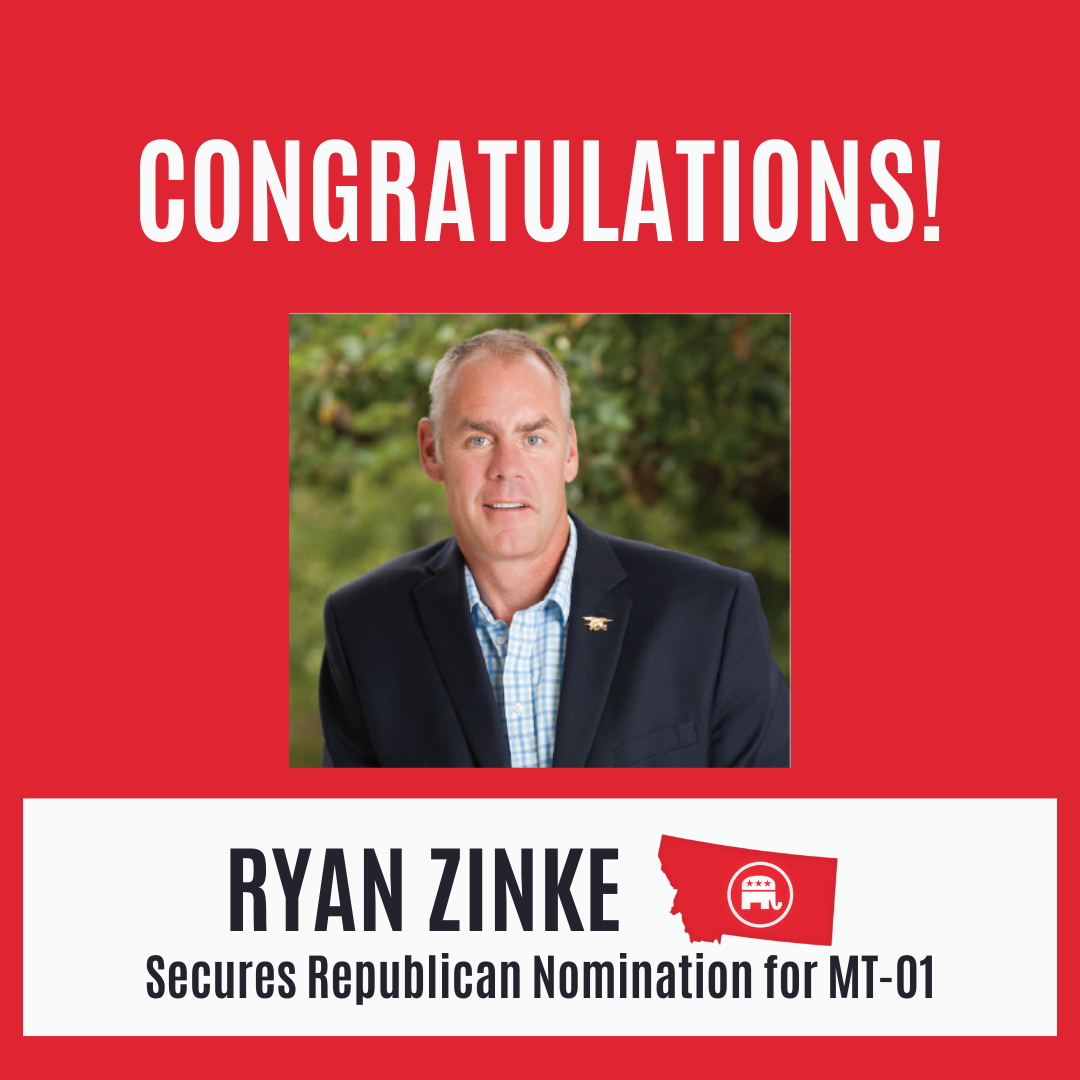 “As Montana’s Congressman, Ryan Zinke put the people of Montana first. He protected our treasured public lands, fought for fiscal responsibility, and defended our Second Amendment rights. As Secretary of Interior, he unlocked access to millions of acres of public lands, led the way for American energy independence, and implemented common sense forest management policies. And as a United States Navy Seal, he protected our nation and defended our freedoms,” Chairman Kaltschmidt said. “With the Speaker’s gavel in Nancy Pelosi’s hands, in 18 short months Montanans have been faced with record high fuel prices, decades high inflation, surging crime rates, supply chain jumbles-and we have had enough. Voters in Montana’s first congressional district are ready to take back to the U.S. House, and get our nation back on track by sending Ryan Zinke back to Washington D.C. to clean up the mess that Pelosi and Joe Biden created.”

“In sharp contrast, his Democrat opponent and Pelosi pawn Monica Tranel will be in lockstep with the Biden Administration’s attack on American oil and gas, support out of control government spending leading to even higher inflation, and trample on Montanans Second Amendment rights.

“The choice for Montanans this November couldn’t be clearer. Ryan Zinke has delivered for Montanans before, and I know he will do it again. He will be a great fighter for our state and we look forward to having him serve the people of Montana.”