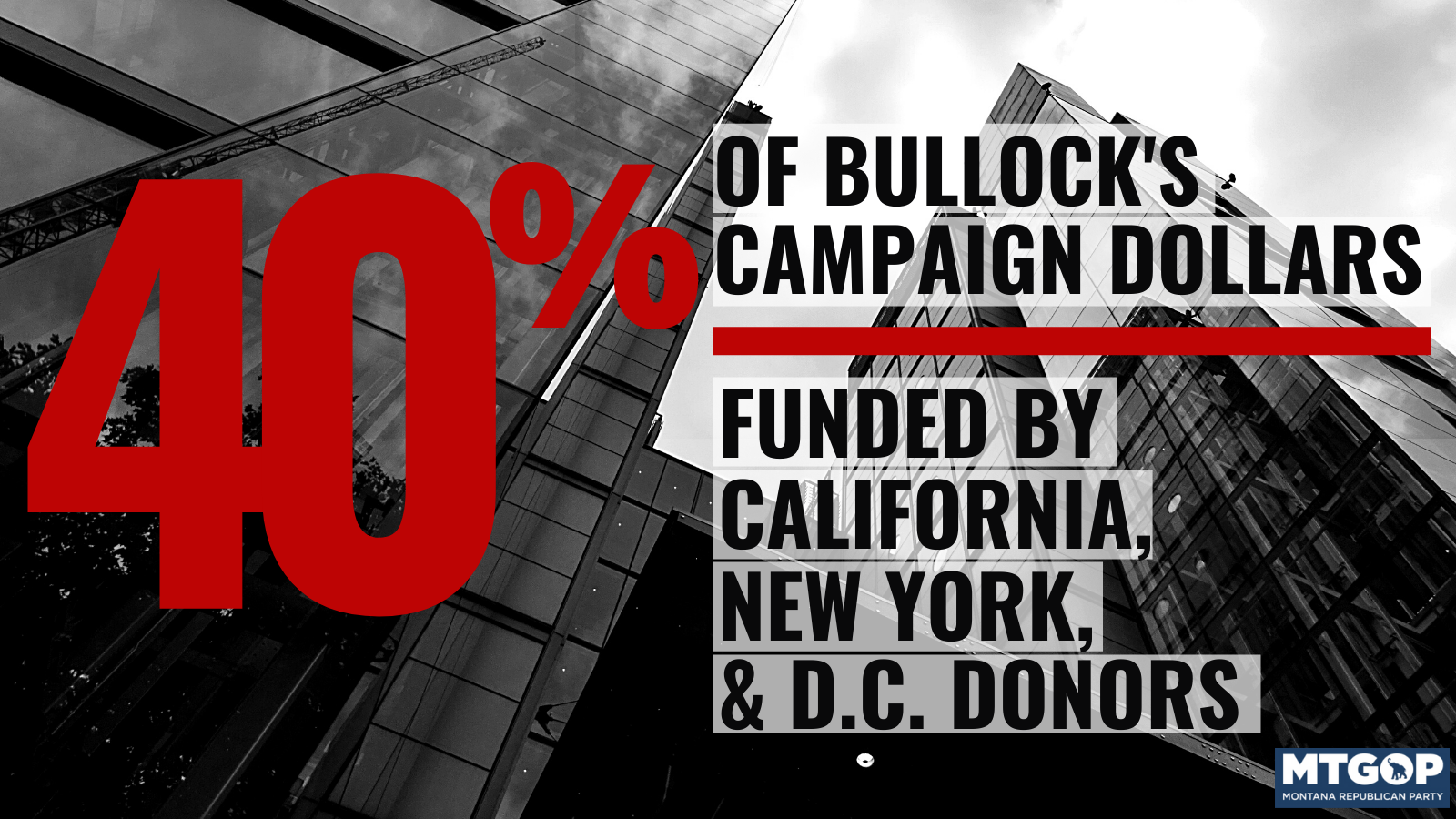 If you’re curious why our liberal Governor has been silent on defunding the police and has refused to stand up for law and order – then you need to follow the money.

Bullock’s campaign is being bankrolled by the Liberal Mob. He can’t stand up for our Law Enforcement because he’s scared he’ll lose his campaign funding!

Bullock has pulled in THOUSANDS from Hollywood’s most radical characters – Barbra Streisand, Danny DeVito, and Bullock’s favorite supporter, Jane Fonda, who has shown a complete disregard for our veterans.

Not to mention – in June alone, Bullock raised nearly $5 MILLION from ActBlue, a liberal platform that recently smashed fundraising records as Black Lives Matter protests swept across the country.

Bullock’s not in this for Montana – he never has been. Montanans have a clear choice this November: Steve Daines who stands with our Montana values and law enforcement, or Liberal Governor Steve Bullock who answers to Chuck Schumer and the Liberal Mob.