“While Joe Biden and the Democrats in Washington D.C.’s reckless spending agenda smothers the economic recovery on the national level, Republican-led states continue to see more jobs and lower unemployment,” said Chairman Don “K” Kaltschmidt. “Thanks to Governor Gianforte’s leadership, unemployment is the lowest it’s been in 14 years, employed workers are at an all-time-time high, and all jobs lost in Montana during the pandemic have been recovered. Montana is open for business, and leading the way when it comes to getting Americans back to work.”

HELENA, Mont. – In response to a recent request by the National School Boards Association on President Joe Biden to label critics of mask mandates and critical race theory as “domestic terrorists,” Montana’s elected officials voiced their support for parental rights.

In a related Tweet, Senator Steve Daines said, “Labeling parents as threats because they hold elected school board members accountable for what’s going on in the classroom is a clear attempt to silence political opposition.”

Congressman Matt Rosendale also expressed his outrage at the Administration and signed a letter to the Department of Justice asking why they are targeting parents.

In a memo released earlier this week, U.S. Attorney General Merrick Garland “directed federal authorities to hold strategy sessions in the next 30 days with law enforcement to address the increasing threats targeting school board members, teachers and other employees in the nation’s public schools.”

State Superintendent of Public Instruction Elsie Arntzen sent a letter to President Biden calling for respect of local control. Superintendent Arntzen also stated, “The effort to silence parents is getting out of hand. I strongly encourage Montana’s educational leaders to work together to make sure local control is respected.  This is only possible when locally elected school boards actively partner with our parents to engage in the educational well-being of our children.  We are seeing a preliminary uptick in enrollment in Montana schools due to an increase in our state’s population, which reflects two things:  All across the country, Montana is seen as a state that celebrates our freedoms, and that parents want their children to receive a robust education by attending public school in person.  I ask everyone to join me in putting our Montana students first by honoring the first teachers of our children — their parents.”

“Now more than ever, it’s evident that the liberals on this Commission are ignoring mandatory criteria in favor of their own goal, which is to gerrymander Montana’s congressional districts for the benefit of the Democrat party,” said Chairman Don “K” Kaltschmidt. “Every single map proposed by democrat commissioners fail to adhere to the constitutional requirement for compactness. Furthermore, the Democrats’ partisan maps disregard Montana law and their own adopted criteria that clearly state a district may not be drawn for the purposes of favoring a political party. It is extremely disappointing that the majority of the commission chose to ignore these requirements and move forward with unconstitutional and illegal congressional map proposals.” 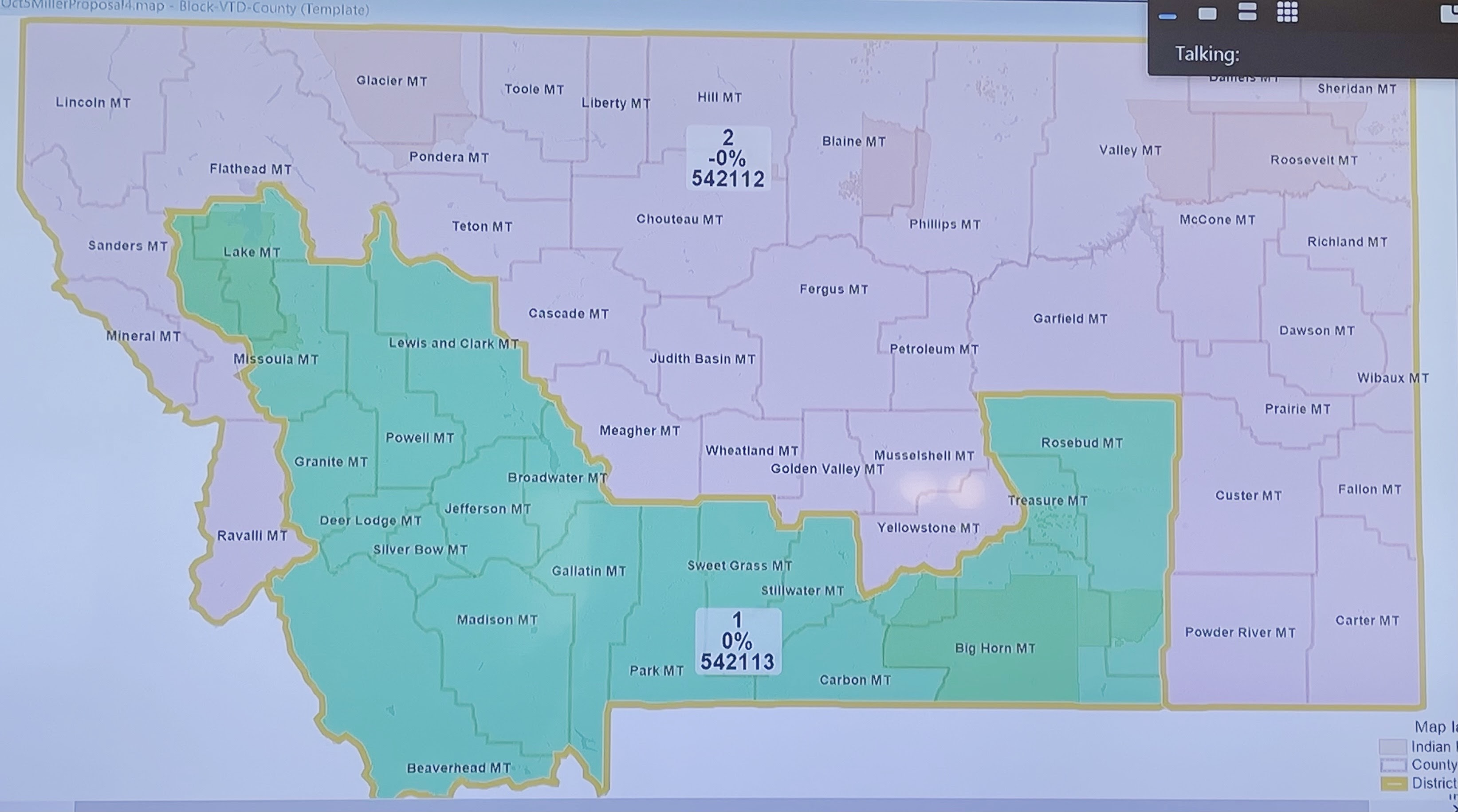 For background, criteria for Montana’s Congressional districts include:

“The crisis on the southern border created under the Biden administration is worse than ever, and Joe Biden and ‘Border Czar’ Kamala Harris, are nowhere to be found,” Chairman Don “K” Kaltschmidt said. “We’re witnessing surges in violent crime, and deadly drugs are pouring into our communities all while the Administration turns a blind eye. The crisis at the border is yet another example of Biden’s failed leadership and since the buck stops with him, he needs to get down there himself and witness what he has created. Montana Republican leaders have repeatedly called on Biden to address the crisis he caused, and it is time for Senator Tester to do the same.”

On Monday, Governor Gianforte, along with 25 other governors sent a letter to President Biden calling on him to secure the southern border and requested a meeting with Biden in the next 15 days to discuss the crisis.

Montana Congressman Matt Rosendale also introduced a resolution to force the House of Representatives to vote on the Remain in Mexico Act.

Helena, MT – Senator Jon Tester (D, Mont.) has officially stated that he wants the Democrats’ massive $3.5 trillion spending bill to be “fully paid for,” according to reports.

Montanans have already suffered enough at the hands of the Biden administration. Under his leadership, inflation is at its highest rate in over a decade. Families across the county have seen the consequences of the Democrats’ out-of-control spending while facing rising prices for everyday goods. But Senator Tester and Joe Biden don’t care, as they’re calling for more government spending which will lead to higher inflation that will devastate Montanans’ pocketbooks.

“Twenty years ago today, our nation stood still as we watched the horrific terrorist attacks of 9/11 unfold. On this day, we mourn the nearly 3,000 lives lost on September 11, 2001. Let us pause and remember the heroic efforts of our first responders and citizens who ran into crumbling buildings, fought through clouds of smoke, and risked their lives to save others. In the midst of our darkest hours, America responded with patriotism, courage, and unity. And while our nation has prevailed, the threat of terrorism remains. Service men and women stand ready to defend our nation from all enemies, and for them we are forever grateful. May we always remember those who perished, and those who sacrificed their lives for our great nation and may we never forget September 11th.”

Helena, MT – Montana Attorney General Austin Knudsen is defending Montana’s new pro-life protections from an assault by Planned Parenthood, asking the courts to dismiss their lawsuit. The pro-abortion organization is seeking to overturn laws passed by the Republican majorities in the legislature and signed by Governor Greg Gianforte.

“Earlier this year, the Montana Legislature overwhelmingly passed legislation to protect our states most vulnerable. The laws being challenged would prevent abortions on babies after 20 weeks, when they can feel pain. They would prevent taxpayer funded abortions, eliminate abortions by mail, and give pregnant women the opportunity to hear their babies heartbeat before making a decision,” said Montana Republican Chairman Don “K” Kaltschmidt. “I applaud Attorney General Knudsen’s efforts to protect the lives of the unborn and fight back against Planned Parenthood’s pro-abortion agenda.”

The pro-life bills are set to take effect October 1st.

“Parents deserve a voice in decisions that impact their children, including top-down directives that determine if their child has to wear a mask all day at school,” said Chairman Don “K” Kaltschmidt. “I hope schools across the state will follow the rules direction, lift up the voices of Montana parents, and empower them to decide what is best for their child.”

You can read the full rule here.

Helena, MT – Last week, Democrats in Congress made another desperate push for a federal takeover of our election system by passing H.R. 4, a bill designed to undermine election integrity and slant elections to help Democrats win elections.

“Senator Tester and other Senate Democrats’ first attempt at a federal election takeover with the For the People Act failed miserably. Now, Nancy Pelosi and radical Democrats in Congress are back again urging for another federal takeover of our election system by passing H.R. 4,” said Montana Republican Party Chairman Don “K” Kaltschmidt. “It is time for Senator Tester to side with Montanans – who favor election integrity – and reject H.R. 4 as it heads to the U.S. Senate, rather than his power hungry party bosses who are making it their mission to undermine Montana election laws.”

For additional background, H.R. 4 would:

Montana Republican Party Chairman Don “K” released the following statement regarding the events that have taken place in Afghanistan over the past several days:

“Joe Biden’s failed withdrawal from Afghanistan is a tragic event that not only will weaken the United States national security just weeks before the anniversary of 9/11, but it puts our allies at risk. Over the past several days, we’ve witnessed heartbreaking footage of Americans being evacuated by helicopter from our embassy, we’ve seen Afghan civilians attempt to cling to the side of U.S. military aircraft to try and escape the Taliban, and President Biden has returned to his vacation after briefly addressing the nation. Our servicemen and women, who bravely served our country for the past twenty years, deserve better than a President who has failed to take accountability for the current situation.

“During this critical time, I would encourage Senator Tester and Democrats in Washington D.C. to put aside their political devotion to the Biden Administration, demand the President take responsibility for his failed leadership and disastrous withdrawal, and ask him to give the American people more than an 18 minute speech without questions. We deserve answers from the President directly.” 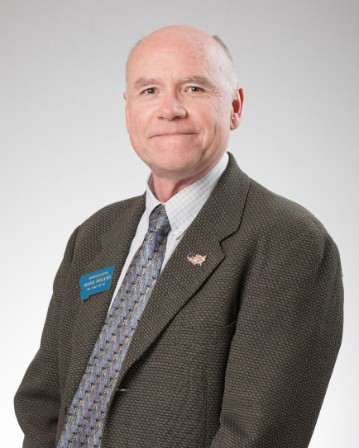 HELENA, MT.– Republican Party member and Montana State Representative for House District 10 has been appointed by Chairman Don “K” Kaltschmidt to serve on the Montana Republican Party Executive Board.

“I’m honored to be selected by the Chairman to serve on the Montana Republican Party Executive Board,” said Representative Noland. “Coming off a successful legislative session, it is imperative we continue making strides for conservative values in Montana. I’m committed to helping Republicans throughout the state advance our vision for limited government, strong communities, and economic prosperity.”

“Representative Noland is a strong Conservative leader and will be a great asset to our Executive Board. His passion for service, understanding of Montana values, and commitment to his community will allow us to build on our momentum as we move closer to 2022. I look forward to working with Representative Noland to grow our majorities in both the state house and senate, and win our new second congressional seat.”

Representative Noland was elected to serve the people of House District 10 first in 2014, and has continued to serve since. He is a devoted husband, father, and grandfather.

Helena, MT– Senator Tester (D-Mont.) and all Senate Democrats are working to pass a massive $3.5 trillion spending bill to pursue their far-Left, socialist agenda at the expense of Montana taxpayers.

“With inflation at the highest it’s been since 2008, it is appalling that Democrats in Washington D.C. are pushing for another massive pork filled spending bill to pursue their radical priorities,” said Montana Republican Party Chairman Don “K” Kaltschmidt. “Montanans are already seeing their pockets shrink every time they go to the grocery store, gas station, or even when shopping for appliances. This tax and spend spree will hurt hard working Montanans, increase taxes, and result in even higher inflation. It is time the Administration and Democrats in Congress put the American people before their far-left priorities.”

While Senator Jon Tester claims the $3.5 trillion reconciliation package will be fully paid for, the reality is that the bill is equivalent to $27,000 in new spending for every single household in America. This reckless spending package will increase taxes on Montana families and agriculture businesses and lead to runaway inflation, causing price increases on everyday goods for all Americans. It would create the largest expansion of welfare benefits since the 1960’s, provide amnesty for illegal immigrants during the middle of a border crisis, and include portions of the left’s Green New Deal, particularly forcing utilities to reduce fossil fuel usage or face fines.