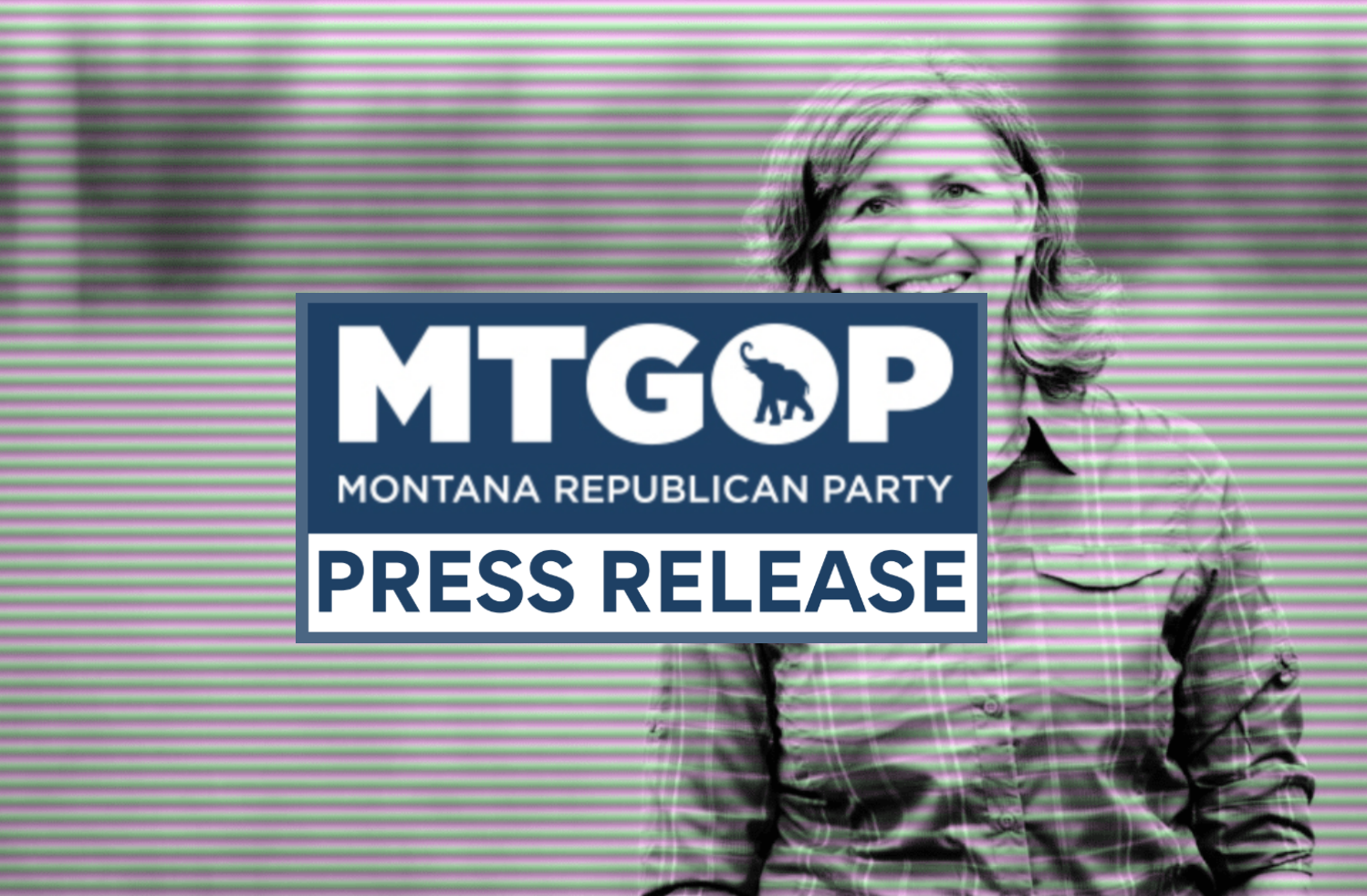 HELENA, Mont. – Facts show that Monica Tranel, radical environmental lawyer and far-left candidate for Montana’s First Congressional District, already stands shoulder to shoulder with Congressional Democrats working to kill domestic energy projects while leaving Montana families to pay the price. In fact, she has spent her career working to represent groups like 350Montana who are hellbent on ending American oil and gas production. Touting her $90,00 brand new electric vehicle on the election trail, Tranel has also been an echo chamber for the Left’s latest push to force hardworking families to buy an expensive electric vehicle rather than support common sense policies that promote American energy production.

Tranel herself said: “So what is the first thing I will tackle in Congress?…I’ve been doing a lot of work on climate change and energy. The energy transition is happening…” (“Democratic Candidates running for Montana’s Western Congressional District,” MCAT Community Media, 05/11/22)

All to satisfy the crazy climate mob, the Democrats’ disastrous plan undercuts Made in Montana energy and forks over billions of dollars in slush funds to advance Green New Deal policies that will destroy Montana jobs and safe production. It also raises taxes on local oil and gas producers, directly impacting Montanans.

Thankfully, Montanans have Ryan Zinke, a Navy SEAL Commander, former Montana Congressman, and Interior Secretary under President Trump, on the ticket to vote for.

In Congress, Ryan Zinke will once again be a champion of the issues most important to Montana and unleash American energy.

“Under Ryan Zinke’s leadership at the Department of the Interior, the U.S. achieved Energy Dominance, increased federal energy revenues, and responsibly opened federal acreage for energy production,” Trump, who has endorsed Zinke, said in a statement. “He will be a strong leader for the great Patriots of Montana.” (Maxine Joselow, “Ryan Zinke makes his ‘energy dominance’ pitch to Montanans”, Washington Post, 5/19/22)

HELENA, Mont. – Liberal activist judge Ingrid Gustafson is bad for business. In fact, she is so bad, the Montana Chamber of Commerce gave her an “F Rating” in their latest judicial report card-the lowest of any other justice on the Montana Supreme Court.

The nonpartisan scorecard, which is created to help Montana’s business community track judicial rulings that impact Montana’s economy, evaluates each justice on their pro-business positions.

Small businesses make up over 99 percent of Montana’s business environment-employing over 250,000 Montanans.

Fair and impartial judges are a critical component of a thriving economy and during unprecedented economic times, Gustafson is the last person Montanans should trust to stand up for their small business.

Gustafson’s opponent constitutional conservative James Brown has a proven record of standing up for Montana farmers, ranchers, and small businesses. As a small businessman himself, Brown will consistently be pro-business and protect Montana jobs. 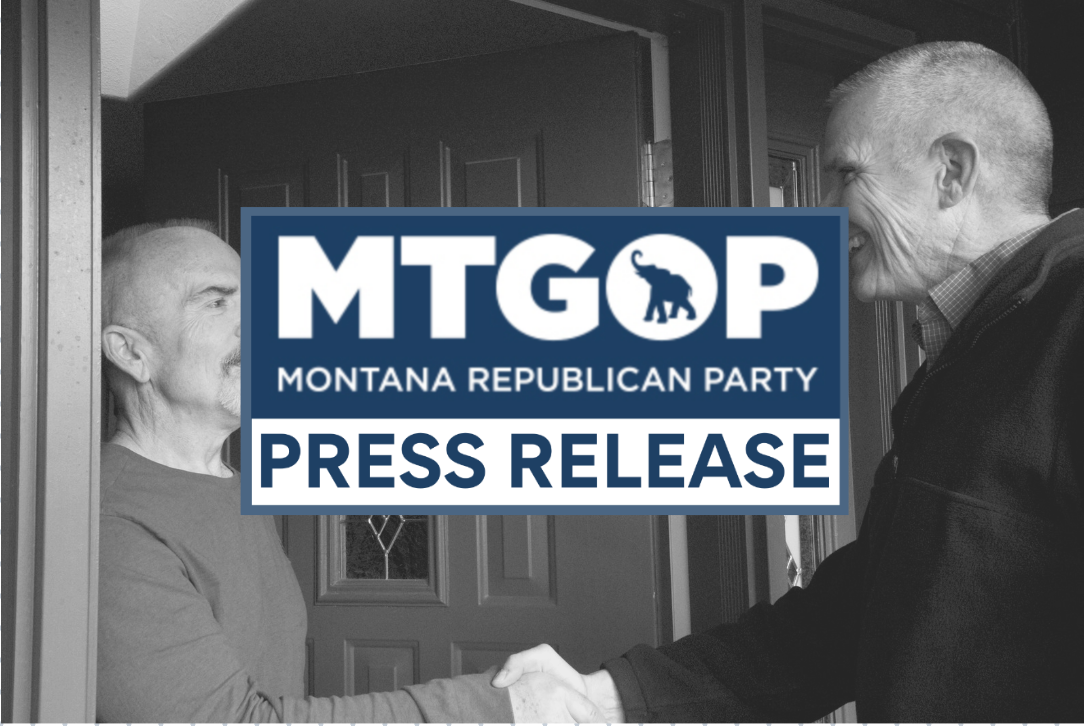 “It is appalling, but not surprising that Justice Gustafson had the audacity to take part in a case where she knowingly received endorsements from the plaintiffs and attorneys. She had the opportunity to recuse herself, but she blatantly disregarded her ethical obligation in hopes of achieving a favorable outcome. If we can’t trust our Supreme Court in Montana, who can we trust to uphold the law? It’s clear the Montana Supreme Court won’t fix itself-Montanans must elect James Brown in November so we can start to restore integrity of the judicial system,” Kaltschmidt said.

Read more about the complaints filed against Gustafson HERE.

HELENA, Mont.— In a 5-2 decision, today the Montana Supreme Court denied Montanans a voice in how their state Supreme Court justices are elected. In response to the self-serving decision, Montana Republican Party Chairman Don “K” Kaltschmidt released the following statement:

“The Montana Supreme Court has carried water for trial lawyers and other liberal interest groups for far too long. The justices, including Ingrid Gustafson who happens to be on the ballot this year, ignored their own glaring conflict of interest and ruled on this case so they could avoid Montana voters. It’s clear the Montana Supreme Court won’t clean up itself-Montanans must elect James Brown in November so we can start to restore the rule of law.”

“Jon Tester spent his weekend buddying up with his fellow liberal Chuck Schumer to pass their radical, progressive wish-list disguised as inflation relief,” said Chairman Don “K” Kaltschmidt. “Not only did Jon vote to pass their massive tax and spend climate bill which sticks Montana taxpayers with the price tag, he also voted against every effort to make the bill better for Montana families including supporting Montana energy development, securing the southern border and ensuring the IRS doesn’t bully small businesses. What’s worse—Jon continues to lie about how the bill will hurt Montanans—he must be held accountable.”

Tester also refused to use his support for the bill as leverage to restore the Keystone XL Pipeline.

“On one hand you have Jon Tester telling national reporters “what’s not to like” about the Democrats’ liberal wishlist tax and spend bill. On the other, and with the future of the bill unknown, he’s walking back his comment to Montana reporters saying he’s undecided. Don’t buy the spin, folks – Tester is as firm of a yes on this Montana job-killing bill as Elizabeth Warren and Chuck Schumer. For heavens sake, just take a look at his voting record – he’s always in Biden and Schumer’s corner, not Montana’s,” Kaltschmidt said.

The Biden-Schumer-Pelosi-Manchin tax and spend bill forks over $369 BILLION to advance the radical Green New Deal that will destroy Montana jobs and leave families with even higher energy prices, gives tax breaks to wealthy Americans to purchase electric vehicles, and supersize the IRS by spending $45 BILLION to hire over 80,000 works to go after Montana families and small businesses. The nonpartisan Tax Foundation also found the bill is estimated to eliminate nearly 30,000 jobs and raise taxes on low and middle class Americans.

With a 50-50 split Senate, it would only take one Senate Democrat to put an end to the tax and spend bill once and for all.

HELENA, Mont.-The Montana Districting and Apportionment Commission met earlier today with each commissioner unveiling their proposed maps of Montana’s new legislative districts. The stated purpose of the meeting was to unveil each commissioner’s proposed map, yet Democrat members of the commission secretly received access to Republican commission members’ maps ahead of Tuesday’s meeting. The Democrat commissioners used this unfair advantage to prepare a series of unfounded partisan attacks which they deployed this afternoon. In addition, Democrat commissioners both put forward heavily gerrymandered maps with proposals designed to unduly favor the Democrat party beyond what logically drawn districts would provide.

“Today, Democrat members of the Montana Districting and Apportionment Commission tried to claim moral high ground, but in fact their hands were dirty. The purpose of today’s meeting was to introduce each proposal put forward. It is incredibly disappointing Democrat members of the Commission used their positions to unfairly obtain access to Republican maps prior to the public meeting. They’ve also once again carved up our state in a desperate attempt for political gain. Montanans expect their legislative districts to be drawn in a manner that does not favor one political party over another, and unfortunately Democrats are playing the same games they did during the Congressional districting process,” Kaltschmidt said.

“Public comment is an important part of the redistricting process and in order for the process to be transparent, Montanans need to be heard. I encourage all Montanans to participate over the next several months and closely review what is included in the maps to ensure common sense legislative districts are adopted and to prevent Democrats from dividing up our state to benefit their liberal agenda.”

The commission will be holding both in-person and virtual public hearings by region giving Montanans an opportunity to provide feedback on proposed maps. To ensure a fair map of our legislative districts is adopted for Montana, we encourage you to participate.

Click the link below to find the meeting closest to you!